The Blockchain and Utility Revolution 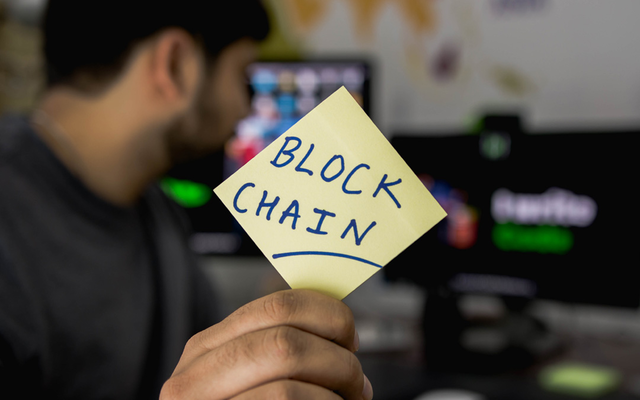 It’s no secret that we’re in the midst of a revolution. As blockchain technology becomes more and more prevalent, it’s clear that there will be no end to how our lives are transformed by this new innovation. The way we think about money is changing, and with it, the way we think about everything.

One of the most exciting possibilities is its application with utilities — things like electricity, water, and gas.

Now you might be thinking: “I never really thought about how my utilities work before,” and that’s fair. But here’s the thing: when we look at some of the issues that have been affecting the way utility companies operate, we see some really exciting opportunities for blockchain to make things easier and more effective.

One of the biggest problems utility companies are facing is accurately reading meters. The energy industry has been using smart meters for decades now, but smart meters can only read so much data, and they don’t always accurately display what’s going on in your home. As a result, when a utility company sends an invoice to a user, it’s often based on an estimate rather than accurate readings from the meter.

“So?” you might be thinking. “My bill is still going to be about the same whether it’s based on a reading or an estimate.” And that’s true — but it comes at a cost for both customers and utility companies. Estimates can lead to inaccuracies in either direction, which means customers are usually bearing the brunt of the misstep.

Historically, utilities have had a difficult time with data management and data transfer. In order to improve their service delivery to you, the customer, they are often employing advanced technologies that rely on communicative, interactive digital systems that can run smoothly over a long period of time. This is where blockchain technology comes in.

A blockchain is a digital ledger that keeps track of information in an extremely secure way. It’s like the banking system in the cloud — no one entity controls the ledger, which means no one entity has complete power to change or access information within the ledger. Instead, it relies on a peer-to-peer network and cryptographic algorithms to create an incorruptible system that is extremely secure and transparent.

How Will Blockchain Change the Future of Utilities?

Blockchain technology is being used to verify transactions of all kinds, resulting in secure and reliable online exchanges free from fraud or mismanagement. The rise of cryptocurrency has been well-documented, but the future of blockchain could go far beyond exchanging cash for goods.

Smart Meters: The Future of Blockchains?

You may have heard about smart meters. They’re home devices that can monitor your electricity usage and help you track your consumption throughout the day. With a smart meter and an internet connection, you can be billed based on your actual use instead of an estimation based on previous months’ bills.

Not only does this mean lower bills for consumers through accurate tracking, but it also means less effort on the part of utility companies to track usage across their system. Smart meters are expected to eventually take over for traditional analog meters as the preferred method for home electricity monitoring; with the rise in popularity of smart home technology, this isn’t a surprise.

These smart meters are connected to a big network of devices that use blockchain technology to relay information from one device to another. This allows utility companies to gather more data about usage and better manage their own resources. It also gives customers the power to make decisions about their own utility usage, which is an exciting thing for everyone involved.

Blockchain can be used as a platform for cryptocurrency — a digital currency that uses cryptography for security instead of physical coins or paper bills — and this has led some utility companies to develop their own currencies that help customers pay for their services. We’re seeing these currencies being launched as pilot programs in countries around the world and they’re gaining popularity among people who want more control over their money.

We talk about the potential application of bitcoin all the time at Tilli. It’s one of the most exciting technologies on the horizon, on the cusp of mainstream adoption.

Blockchain technology is undeniably going to change the field of energy, but it is still too early to know how things are going to turn out. There are several different ways that blockchain could change utilities, from using the blockchain to manage and distribute the energy on a grid, to using the blockchain for more intelligent metering systems. And we keep seeing projects that mix both of these uses. So for now, it looks like we’re just going to have to be patient until everything comes together.

If you’d like to discuss how cryptocurrency could play a role in your utility company, get in touch with us today.